Headstone   Ashes   Plot/Grave no.   Removed by undertaker on 13 December 1950, location of internment not recorded 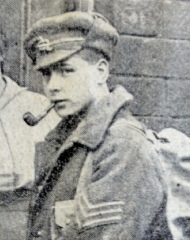