He was originally buried on 1 October 1915 in an isolated grave in Sanctuary Wood, Belgium 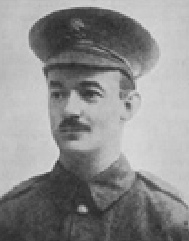 Thank You to the Rev Mark Williams for making St Theodores, Port Talbot and St Peters Goytre, available to photograph

Thank you to Wayne Stainthorpe for photos from Porthcawl