After the war he became a well known Irish race horse breeder, and his brother becoming racehorse trainer to the Queen 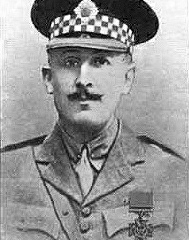