One of four brothers, three of the brothers died in the war 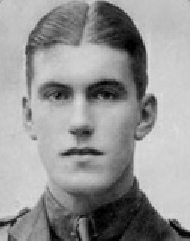