He was awarded the Lloyds medal for meritorious service, posthumously, for saving his ship and the cargo of horses, during his VC action 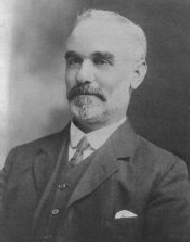