On 10 April 1918 his life was saved by (981) Rifleman Karanbahadur Rana VC at El Kefr, Palestine. He was later awarded the VC for his actions on that day 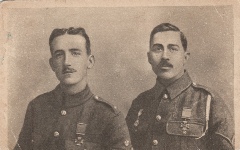 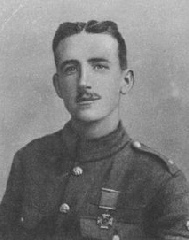