Buried/Location Ashes   Basra War Cemetery (Cemetery damaged during the Iraq - Iran War and again during during the Allied invasion 2003/ 04), Iraq

VC Presented   Presented to his wife, after being sent to the India Office on 4 September 1916

He was known later in life as Massy-Wheeler. At one time their was a headstone, but with the Iran-Iraq war of the 80’s, and the Iraq invasion and anti British feeling, there is only a slim chance the stone has survived 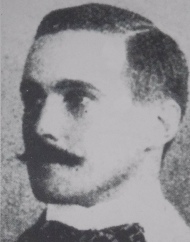