Place Of Death   At his home, 'Far End' The Styles, Frome, Somerset, England

After the war he joined the Somerset police 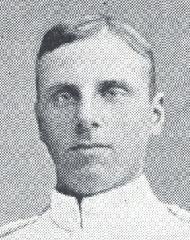