During his VC action Eustace Jotham could of saved himself, but sacrificed his life to try and save one of his men 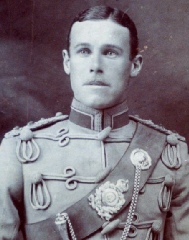 Thank you to Deputy Head, Philip Brown, for his help at Bromsgrove School