Place Of Death   At his home, 'Brookes Court', near Selling, Kent, England

He was a member of the Shepard Neame brewing family 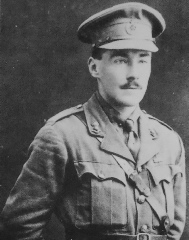