He was a career soldier joining the army in 1902 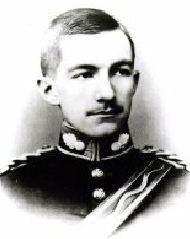