Like 44 Russell he was also a conservative MP, this time for Northumberland North

He led the charge of the guards into the sandbag battery on his own, followed closely by the guards. Later he rallied his and other troops who had advanced too far and run out of ammunition. He brought them back to a better position to carry on the fight. 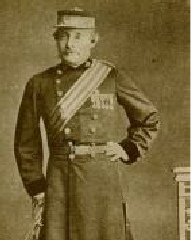