Place Of Death   At his home, Cour, Kintyre, Argyllshire, Scotland

In 2003 his Victoria Cross was stolen from the family home in Strathclyde, but was recovered by the police later in the year 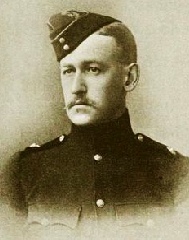