One of 15 old Wellingtonians to win the Victoria Cross 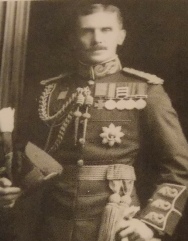