Headstone shows age as 62 and name as Prettyjohns

At Inkerman he helped repulse an attack by the Russians. When the ammunition ran out they used rocks and stones to win the day. 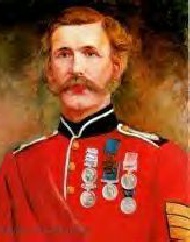