At Inkerman he rushed to the rescue of a colonel, who was lying wounded on the floor.  Surrounded by the enemy, he managed to kill one attacker and drive the others off, and bring the colonel back to friendly lines. 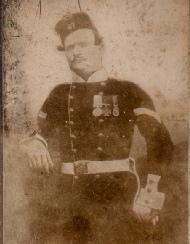 Thank you to Michael, Kate & Ruth Pagan for photos of the Glasgow VC memorial 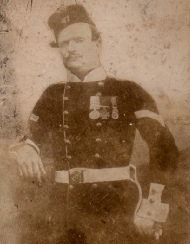