Place Of Death   At his home, Bholupura, India

George VI presented the VC ribbon on 26 July 1944 on a hill behind the 8th Army lines near Florence, whilst visiting the armies in the field in Italy 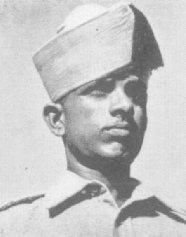