P  Memorial Bollard, on the banks of the River Usk, Newport, Gwent

The total tonnage sunk by Linton during the Second World War was the second highest of any British submarine commander, in 1942 he achieved the unique record of sinking three enemy ships with one salvo of three torpedos 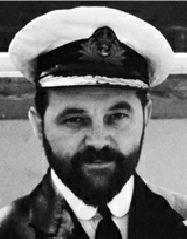