Place Of Death   near Enfidaville, Tunisia 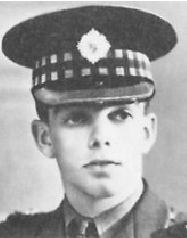