He was engaged to be married to Princess Natasha Bagration, a cousin to Princess Marina, Duchess of Kent, at the time of his death. 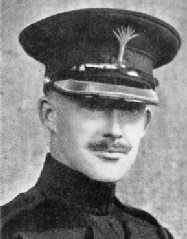