Place Of Death   At his home, Leith, Edinburgh, Scotland

When he received news of his award of the Victoria Cross in January 1919, he was still in hospital recovering from gas poisoning 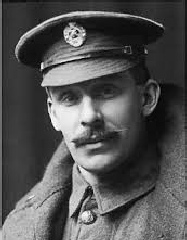