Place Of Death   At his home, Kaloola Station, near Longreach or at Longreach Base Hospital, Australia 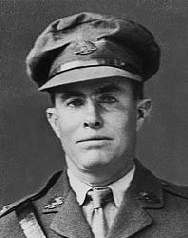