After the war he went back to farming in Alberta, Canada 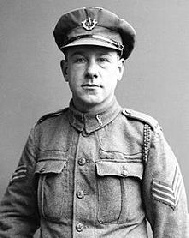