Plaque at his home, Floriana, Malta

During an assault on the Redan he personally killed 5 Russians, before he rescued a wounded officer and brought him back to the lines, even though he had been wounded 12 times. All the while under heavy fire 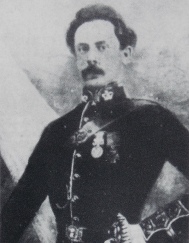