Shot himself in the head, dying some hours later

During an attack on the Redan on 8th September 1855, he was one of the first inside the defences where he engaged 3 Russian gunners, shooting 2 of them with his revolver. He then proceeded to rally his men until being shot in the mouth put him out of action 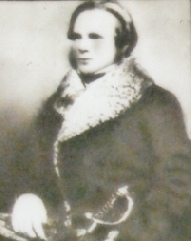