He was a Coal Miner before and after the war, but retiring in 1960 as a Commissionaire. 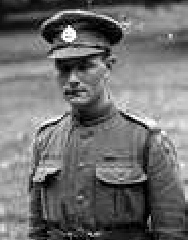