His grave was restored in August 2014, after an initiative that involved the Victoria Cross Trust. 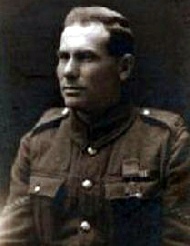