Killed in action during the Indian Mutiny

Discrepancy over date and place of birth

Discrepancy over date of death, some records suggest 4 June 1882

He showed great calm when the Russians attacked a new sap that was being worked on. When the working party were driven out, he stayed until the last minute, then retired to safety, taking with him a 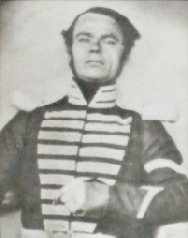