Place Of Death   In a hotel room, Lougheed, Alberta, Canada

He was arrested shortly after his investiture by military policemen, being accused of wearing a VC ribbon without entitlement 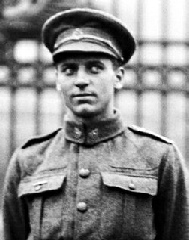