Place Of Death   At his home, Gerards Cross, Buckinghamshire, England 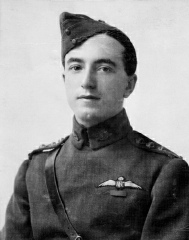