After the war he worked in the Ovaltine Factory, Kings Langley 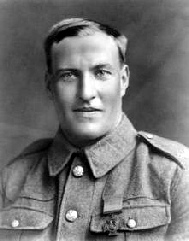