Place Of Death   At his home, Shipton Moyne, near Tetbury, Gloucestershire, England

Later 1st Earl of Gowrie fought in the Sudan against the Dervish, in Somaliland, in France and Gallipoli in the First World War, and was Governer-General of Australia in World War 2 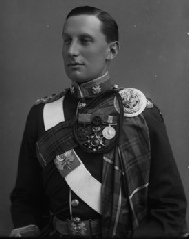