Being in charge of the Coldstream Guards Sharpshooters he held his position against a superior force, inflicting serious casualties.  On another occasion capturing an enemy picquet and their equipment. 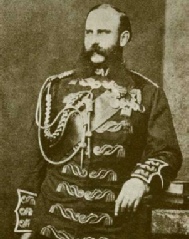