Following a sixth tour of Afghanistan in 2012. He was recognised with a Commendation for Distinguished Service for exceptional leadership, courage, mentoring, and reconnaissance in the 'most difficult and dangerous of circumstances'.

He recorded "Lest We Forget" with Lee Kernaghan for the 2015 album Spirit of the Anzacs. 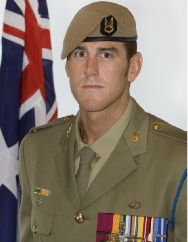 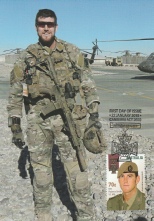