Only second Maori to be awarded the VC and first recipient of the Victoria Cross for New Zealand instituted in 1999. His Victoria Cross is dated 2nd July 2007. 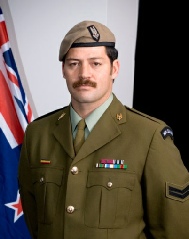