Went out under heavy fire to rescue a severely wounded private. On another occasion charged down a lane under heavy cross fire, engaged with the enemy at close quarters and returning with wounded comrades 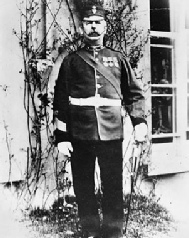