Place Of Death   On the Mole at Zeebrugge, Belgium

One of four brothers to fight in the war, his younger brother 761 Roland Boys Bradford VC having won his Victoria Cross during the Somme offensive.

He won the VC and was killed on his 31st Birthday 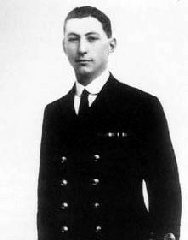