Whilst on duty in the trenches before Sebastopol, he chased and caught a British deserter, whilst under heavy crossfire. Two months later he went out and brought in a severely wounded soldier. 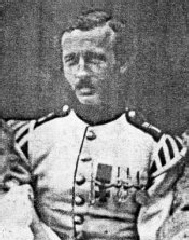