He hadn't quiet finished his medical studies at St Bart's Hospital, City of London, at the time of war breaking out, but he was a qualified Doctor 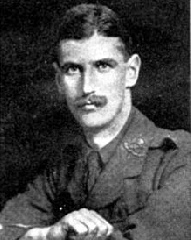 Thank you to Jules Wallis, Archivist at Felsted School for photos of their Plaque and War Memorial