After serving 24 years in the army, he became a conservative MP for Ayr 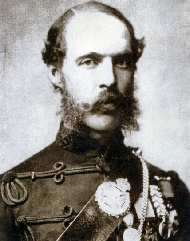