He was one of the first pupils at Alleyns School, Dulwich, London 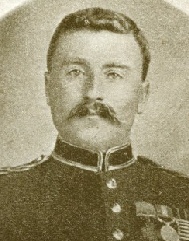