A headstone was erected 1986, this was donated by the CWS Memorial Service 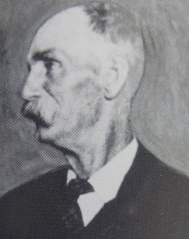