Place Of Death   At his daughter's home, 'Birdwood', Horrington, near Wells, Somerset, England 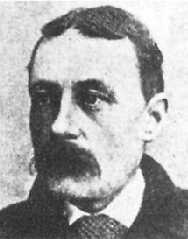