Bridge named after him near where he fell in action, Sherpur Cantonment, Afghanistan, completed during March 2002 by Royal Engineers serving with the ISAF 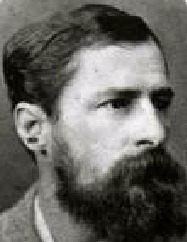