He patented designs for guns, which were used successfully 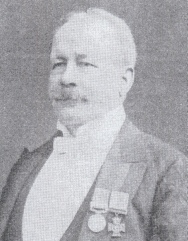