He was appointed surgeon to Queen Victoria in 1888 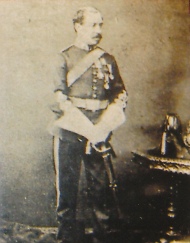 Went out of the lines after the Charge of the Light Brigade, to bandage the wounds and thus saving the life of an officer, all the time under heavy fire.