After he died, his V.C. was found still pinned to his uniform coat, but has since vanished without trace. 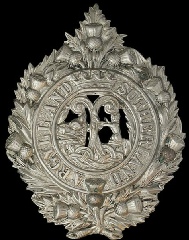