The Secundra Bagh, was a villa with a garden wall used as a defensive position by the mutineers. 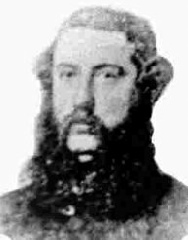