Place Of Death   At his home, Innislonagh, near Clonmel, Co. Tipperary, Ireland

First VC awarded for the saving of his brother's life

Awarded the Victoria Cross for numerous deeds during the mutiny, including actions on 27th January, 23rd February, 15th August and 18th August. Most notably, saving his brothers life (199 Hugh Gough) when he was wounded and under attack by a mutineer 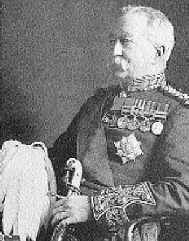 Thank you to Simon and Charlotte Higson for photos in Ireland