First civilian to be awarded the VC

As part of the relief force of Arrah, Ross Mangles of the Bengal Civil Service, tended to an injured soldier and then carried him for six miles over boggy ground to safety. The Warrant of the Decoration was altered allowing Mangles as a civilian to win the award 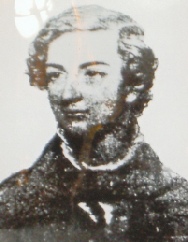